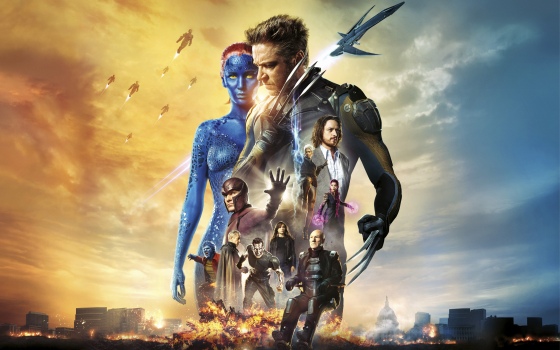 Marvel has released new exclusive X-Men: Days Of Future Past posters featuring some of the characters. I wish they had all of them, but it’s only Mystique, Quicksilver, Wolverine and a Sentinel. Check the poster out below! END_OF_DOCUMENT_TOKEN_TO_BE_REPLACED

The wait is finally over!! Today was the premiere of X-Men Days Of Future Past here in Spain and I had to see it as soon as possible. I’ve been waiting for this movie since the storyline of the Days Of Future Past comics was announced. It was supposed to be released May 25th in the world premiere of the movie, but it was delayed until today so I’ve been waiting longer than others.

Lets start saying that X-Men are my favorite Marvel heroes so this movie is a very big deal for me. I did notice that the movie was a rectification of all the mistakes they made with The Last Stand and First Class. Thank you Bryan Singer for saving and reviving this franchise that, in my opinion, died along with all the main characters in the last installment of the original X-Men trilogy.

END_OF_DOCUMENT_TOKEN_TO_BE_REPLACED